Trammel up the Consequence published

Robin Wood's novel Trammel up the Consequence was published in quality paperback in June 2011. A second printing in September 2011 enlarged John Anderson's introduction and corrected a few typographical errors. The novel has been warmly received, as can be seen from the reviews that are printed below. The novel may be ordered from Richard Lippe or Gary McCallum at the addresses set out in Part 5 of this blog. The estate of Robin Wood wishes to extend its appreciation to those who admired Robin and supported this project.
Posted by Friends of Robin Wood at 9:21 AM No comments:

1. "An Extraordinary Work": A Review by Tony Williams of Trammel up the Consequence

2. Trammel up the Consequence: A Review by David Berry

5. On Trammel up the Consequence, a novel by Robin Wood

6. Pre-publication comments on Trammel up the Consequence

8. An introduction by John Anderson to I Remember, I Remember

9. Trammel up the Consequence - An excerpt

10. Recollections of Robin by Gary McCallum
Posted by Friends of Robin Wood at 8:50 AM No comments:

1. "An Extraordinary Work": A Review of by Tony Williams of Trammel up the Consequence

This novel is an extraordinary work. Far more extraordinary is the fact that it only appeared as a private publication rather than  as one of the fictional offerings of an established press. This does not mean that the book is "not good enough" for publication but rather than it is "too good" for acceptance by an industry that is not prepared to take a risk on a challenging work. 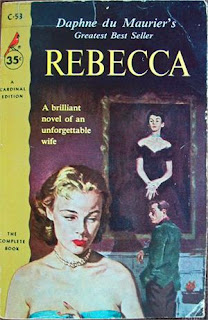 And challenging it is - on many levels. It is a book that would leave a "nasty taste in the mouth" for many readers, the same thing often said about the films of Alfred Hitchcock championed by the author of this novel. It is a book that owes much to its author's interest in cinema encompassing references not only to Hitchcock himself but other areas integral to Robin Wood's critical interests - melodrama, the family horror film, and the changed perspectives concerning Daphne Du Maurier's Rebecca, a book initially dismissed but one Robin came to regard in a different light many decades later. Robin recognized Hitchcock as a chronicler of personal entrapment but also saw that there had to be ways beyond the various types of emotional and ideological blockage that characterized his films.


Read more »
Posted by Friends of Robin Wood at 8:46 AM No comments:

2. "Trammel up the Consequence": A Review by David Berry & Comments by David Davidson and others

A member of my family who worked for several years in Botswana once told me about an English-teacher friend who was shocked to discover, in a class discussion of Macbeth, that his African students viewed the title character as a heroic figure who makes all the appropriate career moves but, tragically, suffers undeserved defeat at the hands of a jealous upstart. 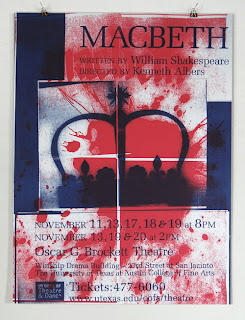 The anecdote was meant to illustrate the enormous cultural divide between future African leaders and their Western schoolmasters – and, I suppose, show why it’s so darn hard to help some folks achieve democracy. But I’m perverse enough, and sufficiently troubled by cultural and racial generalizations, to feel that in a very important way these students had as good a feeling for the play, for what Shakespeare was trying to do, and what a good story is all about, as any of us who would impose a very different interpretation.
The hero of Macbeth, of course, is Macbeth. And what makes the play a tour de force is that he (together with his wife in that singular sleepwalking scene) is also the lens through which we experience the story, whether we ‘approve’ of his actions are not. The emotions classical tragedy is supposed to evoke – pity and fear – are for the protagonist, not his victims. Moral judgement is not so much made irrelevant as relegated to the background: we don’t sit through the play merely to be scandalized by bad behaviour, but to find out what’s going to happen next, and understand what it feels like to be in the middle of it. In doing so, we learn empathy, and surely that’s more worth the price of a ticket.
All of this is by way of trying to find a Macbeth connection to Trammel up the Consequence and its curious title – taken from that knottiest of soliloquies, in which the Thane of Glamis is trying to work up the courage to off his boss. Well, I think I’ve got it.

Read more »
Posted by Friends of Robin Wood at 7:31 AM No comments:


In my view Robin Wood is one of the most perceptive and admirable film critics of the past thirty-five years. Born in Britain in 1931 and educated at Cambridge, Wood first came to my attention with his book on American filmmaker Howard Hawks, published in 1968. The book was noteworthy for the seriousness (still rare in those days) with which it approached a Hollywood director, its moral rigor and its emotional honesty, and its enthusiasm. I think these have been hallmarks of Wood's work throughout his career. Even when one disagrees with his views, and I sometimes do, one never doubts the sincerity of the opinion. Wood is the opposite of a poseur.
He has published extensively in film magazines and is the author of numerous works, including studies of Ingmar Bergman, Claude Chabrol, Arthur Penn and perhaps most famously Alfred Hitchcock. Wood wrote an initial study of Hitchcock in the 1960s and then published a critical reevaluation in 1989, Hitchcock's films revisited. He is also the author of Hollywood from Vietnam to Reagan and Sexual Politics and narrative film: Hollywood and beyond.
Read more »
Posted by Friends of Robin Wood at 10:45 AM No comments:

Posted by Friends of Robin Wood at 12:19 PM No comments:

“A Life in Film Criticism: Robin Wood at 75” by Armen Svadjian, published in Your Flesh Magazine, 2006

The 1965 publication of Robin Wood’s Hitchcock’s Films is a landmark of film criticism. And though there are many good books on film, there are few true landmarks. To be sure, its author – a 34-year-old British schoolmaster and devoted family man – wasn’t the first person to treat the venerable Master of Suspense as a serious artist: that distinction belongs to Eric Rohmer and Claude Chabrol. Yet Wood’s book was different somehow. So rigorous in approach, so serious in tone, it almost gave the impression of having been untouched by any film criticism before it. Modest only in its size, this unassuming little tome was not content to merely appreciate Hitchcock’s films. Instead, it argued for their artistic and moral integrity, invoking Keats, Shakespeare, and all of Elizabethan London in the process. Hitchcock, to the best of my knowledge, never read the book. But if he ever did, I’ve a hunch his face would turn a new shade of purple.

Wood had precedent behind him, though from the world of literature rather than film. The New Critics of the 1930s, for instance, had taught him to read closely and be attentive to nuance. Even more decisive was the influence of F.R. Leavis, the literary critic whose lectures Wood attended at Cambridge in the early 1950s. Ignored in his time and all but forgotten today, Leavis was serious about literature to a fault. As a critic he was mainly concerned with the moral implications of literature, with none of the attendant crudeness of approach one might expect from such a description. For him, the supreme artists were a group of novelists – people like Joseph Conrad, George Eliot, and D.H. Lawrence especially – “distinguished by a vital capacity for experience, a kind of reverent openness before life, and a marked moral intensity.” Needless to say, a credo of this sort couldn’t possibly win the man many followers. “Openness before life,” “moral intensity” – forgetting for a moment how quaint these ideas sound to our modern ears, they finally mean something very different to each person, and depend too much on the critic’s own personal response to be practical like semiotics, say. So much the better, thought Leavis, who put no stock in a scientific or objective approach to art. Unlike the cult studs of today, he believed that the best criticism depended not on any theory but on the critic’s sensibility – and sensibility is not something you can mimic.

Read more »
Posted by Friends of Robin Wood at 12:17 PM No comments: 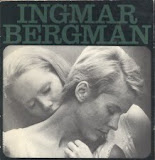 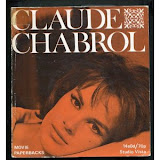 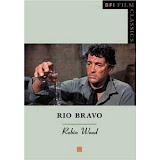 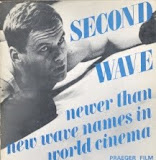 An Interview with Robin Wood